Interstate 80 (I-80), formerly known as Lincoln Highway Redux, is a 2890-mile stretch of a road that runs from California to New Jersey.It’s a long road that spans across the United States – from west to east. Built in 1956, it’s one of the 70 major interstate routes in the U.S. It’s second only to I-90 in terms of length. 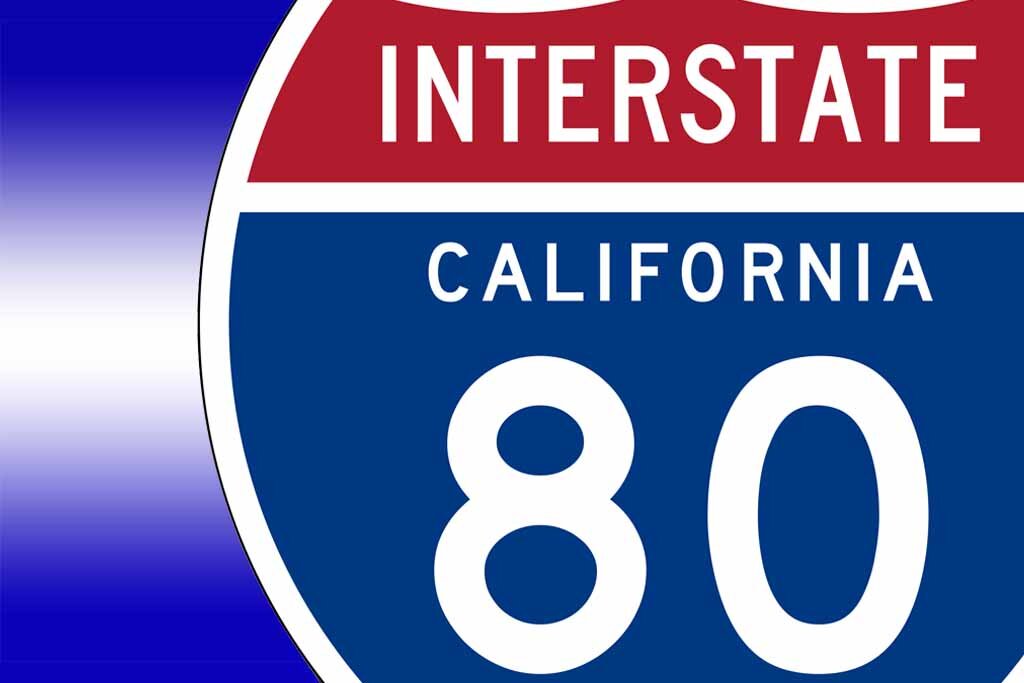 This highway cuts directly through seven major cities: Salt Lake City, Des Moines, Sacramento, Reno, Toledo, Omaha, and Oakland. You can also happen to be within the close proximity of New York City, Cleveland and Chicago if you use this road. The road isn’t much different from the Lincoln Highway – the route is virtually the same as the first interstate road in the U.S.

This makes Interstate 80 special. And it isn’t just that – other historic routes such as the Oregon and California Trails and the first railroads and airmails across the U.S. have defined the mark of the road.

This road isn’t an ordinary route because it also serves as a toll road. The road also runs parallel to I-90 around Ohio and Indiana. Pennsylvanians refer to Interstate 80 as a Keystone Shortway – no doubt as its names seems to suggest that you don’t have to spend time queueing to pay road tolls.

States Through Which Interstate 80 Passes

This is the state which the long stretch to the east begins. It’s a perfect gateway to Oakland through the Oakland Bay Bridge. Before you get into Nevada, you’d have come across the mountains of Sierra Nevada.

Interstate 80 runs through the north of the state. If you wish to make a stopover at Winnemucca, Lovelock, Elmo, Fernley, Battle Mountain, Wells, and West Wendover, you should definitely take this route.

The route through this state has a lot to offer. You can view the Bonneville Salt Flats – a geographical marvel. The repetitious and flat nature of this road can easily weigh you down. It’s little wonder why you can find so many road signs warning against the dangers of tiredness and lack of enough sleep.

You can make a stopover at Salt Lake City before you embark on a journey through Wasatch Mountains. You’ll also pass through the Canyon of Parley. And your will be in ascending mode till you reach the highest peak in Wyoming.

If you’re looking to get the best view from a mountain top, Sherman Summit around Burford offers the highest height above sea level to which the road rises to. You will not just catch the beautiful scenery of the landscape below but you can catch the breathtaking view of the Red Desert, too.

This is the state where two interstate roads meet – Interstate 80 and Interstate 76. This intersection extends to the Grand Island where Platte River valley accommodates the route. From here, the road links with Omaha from Lincoln before crossing Missouri River to enter Iowa.

It’s here that Interstate 80 intersects with Interstate 74 before cutting through the middle of north Illinois to Joliet. The eastward journey continues as I-80 meets with I-94.

The route runs parallel with I-94 before picking up with I-90 at Lake Station. The exchange between I-80 and I-90 occurs at State Road 9. And both pass through South Bend.

I-80 terminates at Teaneck, so it never reaches New York City, but instead I-95 makes it to the city.

Interstate 80 is considered a major route because it leaves no remainder when you divide 80 by 5. That’s why it’s running from west coast to east coast – or rather from the west border to the east border.

Things haven’t always been rosy for the interstate highway. The idea of running the road across the city of San Francisco was quashed in 1958 after it occurred that the freeway shouldn’t pass through the Golden Gate Park.

Sometimes in the early ’80s, Sacramento found it unnecessary to upgrade it but instead rerouting it away from the city’s north.

Why I-80 Isn’t That Popular for Motorists, But Is For Carriers and Trucks

I-80 isn’t as busy a road as you’d think. Traffic’s little on this highway. So, there are few vehicles to keep you company. Chances are you could be the only road-tripper among truckers and auto transporters. This is because it’s not very popular for stops, but great for shipping cargo. And if you expect twists and turns along this road, then you’re in for a boring ride.

Take for instance. In Nebraska, it’s simply straight – no corners – and if you’re someone looking for thrill and fun, you’ll get bored for sure. You’ll have to endure a 72-mile journey without any stops.

However, if you use this road, you stand to enjoy what other roadtrippers wouldn’t – not just the breathtaking view at the peak of Rocky Mountain but the Great Plains and the ‘gangplank’.