I-75 has probably been one of your road trips in the past. And it is definitely one one the largest arteries used for transport. It is a familiar site to those who travel cross-country, like the many car carriers in our network. In the United States, it is known as one of the longest highways that passes through six states including Kentucky, Georgia, Michigan, Tennessee Ohio and Florida. If you are traveling along Detroit, Atlanta, Cincinnati, Tampa or Miami then chances are you will pass by this interstate as well. 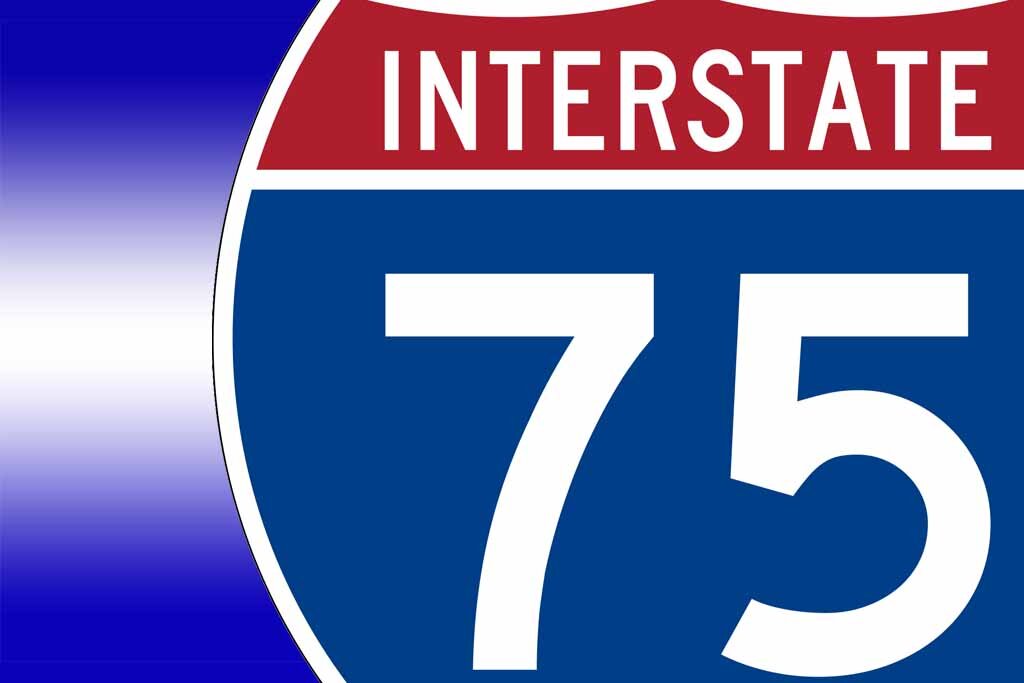 Interstate 75 has become part the life of people who live along the states it covers. Because of this, most people often dont’ realize how much work went into building this massive highway, driving on it without giving it even a second look. Unknown to them, Interstate 75 has a lot of stories to tell for those who care to get to know the real deal involving the 1,786 mile highway.

Way back in the 1950s, the Interstate Highway was originally planned to have limited access only up to Tampa in Florida. However, the population boom in the decade that followed, specifically along Southwest Florida changed all that. During that time, legislators acknowledged the need for a freeway that will connect South-Florida up to the Gulf Coast.
The extension of the highway was supposed to reach North-Miami’s 1-95 but Interstate 75 fell short a few miles of that target due to opposition among the locals. The final stretch of Interstate 75 was completed only in 1986 but the last signs were installed a few years after in 1992.

The construction of the Interstate 75 and the entire interstate system all over the 50 states could trace its history to Dwight Eisenhower’s visions. He was so inspired by Germany’s road networks during World War-II, that he pushed for the passage of the Federal-Aid Highway Act of 1956.

While the idea for the development of a system for Interstate Highways started as early as 1939 through the Federal Highway-Act of 1944, it was the succeeding law that paved the way for the funding of its construction. President Eisenhower justified funding of the Interstate highways system by pointing out the use of the interstate highways to evacuate citizens in case of a nuclear attack.

State Ownership Of The Highways

The people may have loved the idea of the interstate highways and hated the implementation, but they had no choice but accept it. After all, the specific portion of the Interstate Highway that falls within the state border is under its jurisdiction. In effect, the concerned state is responsible for the highway, including traffic enforcement and maintenance.

The Neil Armstrong Air & Space Museum is one of the attractions that can be found along Interstate 75. The museum is located in Neil Armstrong’s hometown at Wapakoneta in Ohio. Armstrong is known the world over for being the first man on the moon. While a trip to the museum will not take you to the moon, the items on display will give you a glimpse of his adventure in the moon. On display are artefacts from Apollo 11, a spacecraft known as the Gemini 8, the airplane used by Armstrong when he was still learning how to fly, and the F5D Skylancer. The Museum does not only honor Armstrong, but also the gravity-defying achievements of John Glenn and the rest of the people of Ohio

Interstate 75 is a haven for space buffs who also flock to the Museum because of other noteworthy exhibits including that of the Wright Brothers. The design of the building alone is enough to attract visitors.
The concrete building was reinforced by steel and surrounded by earth to make it look like it was buried under the ground. In 1972, the museum was officially opened three years after Armstrong’s historic landing. What makes it all the more historical is the attendance of Armstrong and Nixon to the museum’s grand opening.

If you’ve travelled along Interstate 75 then you have probably seen the King of Kings, more popularly known as the Hugging Jesus giant statue. The statue, which is located right in front of Monroe, Ohio’s Rock Church, has a height of 20 meters or 62 feet. This statue replaced the much-taller statue of Jesus Christ, known as Touchdown Jesus, which was struck by lighting and destroyed by fire in 2010.

Aside from its height, what makes the giant statue at Interstate 75 interesting is its setting at the baptismal pool of the church. The bust of Jesus seems to praise the heavens with its raised arms and a cross set at the statue’s base. It is not only massive but pretty heavy at 7,000 kilos. Brad Coriell designed the $250-thousand statue, while James Lynch sculpted it.

Interstate 75 Has A Book

Not too many roads get to be the subject of a book. This is probably what makes Interstate 75 distinct among the other interstate highways in the United States. Dave Hunter is a Canadian author known for his book “Along- Interstate 75”, which is said to be a must-have for those traveling along the borders of Michigan, Florida and Detroit. If you want to get to know the inside stories of this road network, then Hunter’s book will provide you with lots of information that will never cease to amaze your passengers.

This book will not only provide you with driving directions but it will also allow you to plan your trips in an efficient manner. The author and his wife have made it a point to drive along Interstate 75 twice a year to update the information found in the 208-page book, route planner and travel guide in one.

You may be a resident of one of the six states where the Interstate 75 traverses, or just a traveller passing through one of the longest interstate highways in the United States.

No matter whether you pass by the area regularly or occasionally, getting to know its history and some of the interesting facts surroundings its construction will always provide you some information that will come in handy later on.