Interstate Highway 70 spans 2,153.13 miles. It starts from on the neara small town in Utah called Cove Fort and goes to Baltimore, Maryland and travels along the old US-40 National Road going on through and Midwest and bisecting several states. Interstate 70 goes past and through some of the major cities in the midwest. 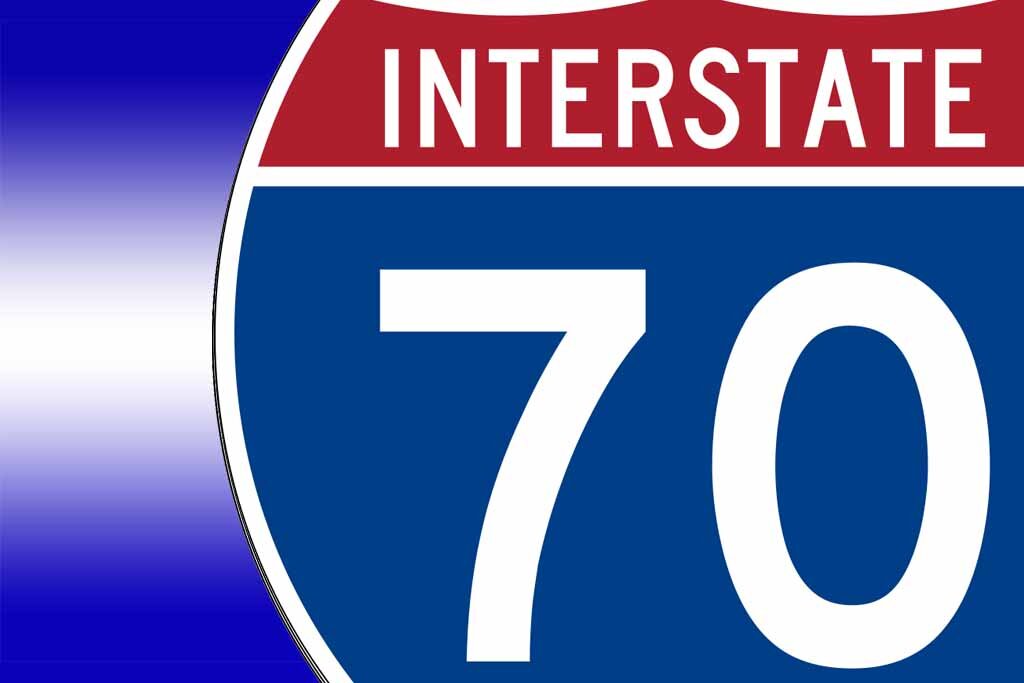 The highway was built in phases from east to west. Builders faced a lot of challenges building through the Rocky Mountain areas. Engineers had to design a complex system of tunnels and bridges. The one major problem that Engineers had to get through was the Continental Device located west of Denver.

Not only did they need to be careful of where and how they lay the road, they also had to deal with mountain slopes and construction crews had to work in high altitudes through harsh weather conditions.They came up with a solution: build two tunnels underneath the Loveland Pass in Colorado and this is how the Eisenhower Tunnel and the Johnson Tunnel named after the President and the Colorado governor came to be. These two tunnels were opened in 1973 and 1979 respectively. The Eisenhower Tunnel ended up costing double what it had been budgeted for and was plagued by delays that caused it to be over schedule by two years. The Johnson Tunnel ended up requiring a massive workforce of over 800 and needed $145 million to complete.

The section that many would regard as the last which passes through Glenwood Canyon, was controversial with environmentalists because of all the ecological impacts it would have. The initial plan for construction was finalised in 1975, but construction only began in 1981. To deal with the ecological aspects of the 12.4 mile stretch was redesigned to flow with the natural geography resulting in the construction of some of the countries most elaborate array of bridges and tunnels cantilever systems and bike paths that wove gently between the cliffs. It was finally finished in 1992 and is widely hailed as a massive engineering success. It ended up taking eleven years to construct and cost over $490 million.

The Routing across different states

Interstate 70 starts off near an interchange at Cove Fort in Uta. It heads east crossing through Clear Creek Canyon descending to the scenic Sevier Valley where it serves the small town of Richfield, Utah. It leaves near Salina and goes up the 7,923 ft. Salina Summit and crosses the beautifulSan Rafael Swell, a geological formation which had previously been inaccessible by road. This stretch of road has a number of rest areas and people often stop to take in the natural beauty of the area. The Interstate 70 then leaves exits just close to Green River and continues on along the Southern edge of the Book Cliffs to cross the Colorado border.

The Interstate 70 enters Colorado by descending into the Grand Valley. From there it follows the western slopes of the Rockies and then goes through the engineering marvel that is the Glenwood Canyon. It then goes through the Eisenhower – Johnson tunnel and turn at Copper mountain, just 2.5 miles from Vail Pass. It descentsthe eastern foothills of the mountains, passes through the city of Denver and intersects with Interstate 25. It leaves Denver through the eastern plains of Colorado heading towards Kansas. It enters the prairie lands of Kansas and stretches 424 miles bisecting some of the state’s main cities. When it reaches Topeka, it intersects with the I-470 twice and becomes a toll road where the turnpikes merge. The tolled section of the road ends in the western part of Kansas City. There are several child routes. Drivers can bypass traffic in the Downtown area by getting on the I-435 which cross with the I-70 at the Toll Plaza. I-70 is intersected by child routes to provide alternate routes, but then it changes into the I-670 which joins the I-70 proper and goes east to Missouri.

The I-70 crosses the Lewis & Clark Viaduct and enters the “alphabet loov comprising of several highways and freeways. River. After passing it traverses west-to-east along the Missouri river and passes through the Columbia. The Interstate 70gets into the St. Louis metropolitan area, splits and interchanges with a couple of other roads, enters the St. Louis City limits and then runs along the east to Stan Musial Veterans Memorial Bridge. It passes through a couple of counties and before ending up in Indiana.

The interstate enters Indiana from the west and then goes over the Wabash River. It goes on for a couple of miles through the rural countryside and then enters the Indianapolis metropolitan area. It has a brief multiplex with the I-65 on the east-side of downtown Indianapolis. It then enters the I-465 beltway and then continue east through and the transitions from suburban Indianapolis to rural Indiana before joining with US 35 in the Richmond area to enter the state of Ohio.

Continuing on its eastern journey. It intersects with the I-75 just north of Dayton, Ohio. It encounters the city of Springfield and then leads on to Columbus, the biggest in the state. There is a notorious 1.5 mile stretch known by locals as “South Inner-belt” which is the city’s major congestion problem. There are plans reconstruct or realign the road to ease congestion.

The Interstate 70 goes over the Ohio River at Wheeling in West Virginia and passes through a tunnel known the Wheeling Tunnel which has a single road in both directions. It then goes up towards Dallas Pike. This part is known as the “Two Mile Hill” and is notorious for the number of accidents that occur. The interchange passes through a strip mall development and goes on for 15 miles until it crosses the Pennsylvania border.

The I-70 continues to travel due south to the Maryland border immediately after I-76 Turnpike in Breezewood.

After going through the Maryland border it turns east on the I-68 towards Baltimore, Maryland and then on to Washington, D.C.

In Maryland, just after crossing the Pennsylvania state border near east of Hancock, it follows the US-40. This is the state’s major highway serving Hagerstown as well as Washington, D.C., through the I-270 which was known as I-70S. The Interstate 70 was supposed to stop at I-95 in Baltimore, but only ended up being built up to Maryland Route R 122 122).

There have been several upgrades made to the Interstate 70 over the last few decades to make travelling through the various states and cities easier. In Ohio for instance, the Ohio Department of Transport began an expansion on the “South Inner-belt” Corridor to address congestion along the Interstates 70 and 71. The project started with the revamp of the I-71/670 interchange between 2011-2013. The second phase would entail the redesign of the eastern junction, eliminating left-hand ramps and separating the I-70 and 71. Road constructions in 2017 would result in an additional lane added in both directions of the two Interstates.

In Indianapolis, part of the interstate 70 was opened between Interstate 465 and Indiana 267 south of Airport. This pushed part of the I-70 south allowing for the increasing and upgradingthe runway system at the Indianapolis airport. The project cost $170 million.

Kansas also widened its 12.69-mile of the Kansas Turnpike by adding two more lanes. This Kansas River bridge was also reconstructed. This was estimated to cost $75 million and $130 million respectively.

Denver has been working on a project to realign the I-70 between Elyria and Swansea. The project was approved by the Federal government. Construction on the $1.2 billion project was expected to begin some time in 2018.

There are several projects underway in Colorado to ease the Interstate 70 Mountain Express lane. These include an addition of another lane that would give drivers a Peak Period Shoulder lane to travel on as well as a tolling system designed to ensure that the express lane does not get held up by slow moving cars.