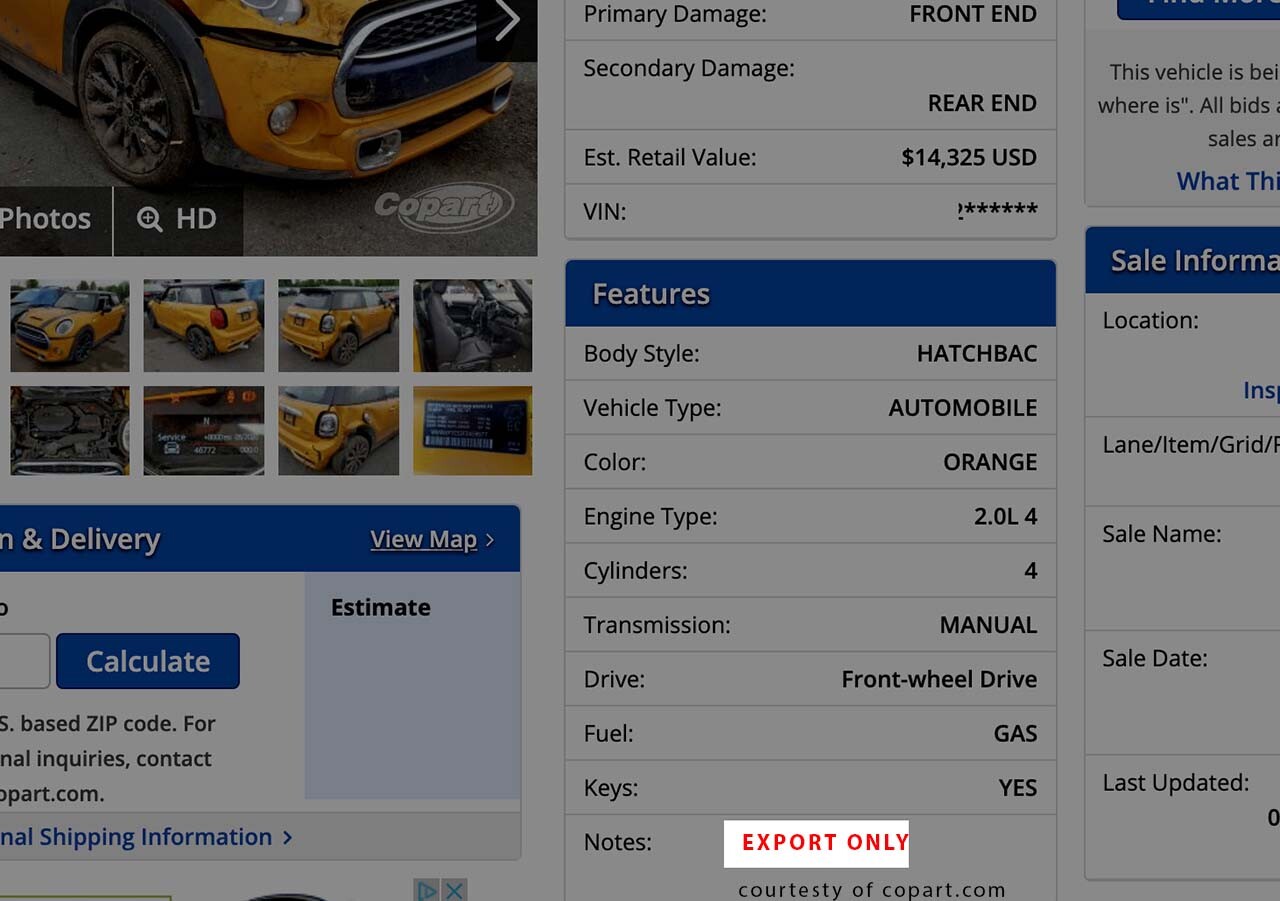 A car carrier can receive the proper documentation from the buyer to have a vehicle released to port directly from an auction. The carrier can transport the vehicle right to the port of origin. This is all while the recipient of the vehicle has arranged everything remotely.

Some vehicles are actually labeled “for export only“ due to laws having to do with their use and their current condition.

We ship vehicles getting picked up right from an auction and going straight to a port weekly.

The Auction to Port Process

With most ocean-bound shipments, verification of ownership and payment of any applicable import or excise taxes is done at the destination port. You might find that surprising but it makes sense as the recipient of the vehicle is usually not available in the country of origin.

Why So Many Cars Shipped Abroad

Shipping cars to export right from the auction is very profitable. Various vehicles that are common in the United States are really hard to find elsewhere and are worth quite a bit. Like in Puerto RIco. Either manufactures don’t ship them there or are not allowed to. But they can be imported individually. Some newer cars can be sent right away and some cars need to reach a certain age before they’re allowed to enter a country.

An example of waiting for vehicles to turn a certain age is right here at home. In the US there are actually people waiting for some of the most sought-after imports that were once not allowed to be on American roads. Here it is called the Imported Vehicle Safety Compliance Act as reported by The Drive. These cars can sell in the U.S. for thousands of dollars.

For vehicles that are being exported it's another type of market. These countries have roads that have seen better days or no paved roads at all. So the most common and most valued vehicles are small sport utility vehicles that also have low cost maintenance. Like the Toyota RAV4 or the Honda CRV. Reliable and cheap to fix. There is also a huge aftermarket of cheap parts.

Many of the large auction houses like Manheim, Copart, and IAA, have a huge amount options for overseas buyers and cater to them since it's such big business.

Other countries also may not see some of these cars as “salvage” vehicles like the US does. They may bot have that designation or may have a different view of what is a rebuilt vehicle. That means some buyers can get some great low-cost deals and repair the vehicles for a big profit.

Ready to get your car shipped right to the port? Call us today!