The Model 3 is a high end all electric car by automobile manufacturer Tesla Inc. It is a four door midsize Sedan that operates on a 50 kWh supercharging lithium ion battery. This together with an electric motor can power the car up to a range of 220 miles. There’s also a long-range battery version of the car that can deliver up to 334 miles.This is Tesla’s latest electric car model. It comes after previous models, Model S and Model X. It holds two predecessors, it’s also a luxurious that targets the ever dynamic luxury car market. Tesla hopes to begin producing car’s for the ordinary market following the completion of its S3X business strategy. 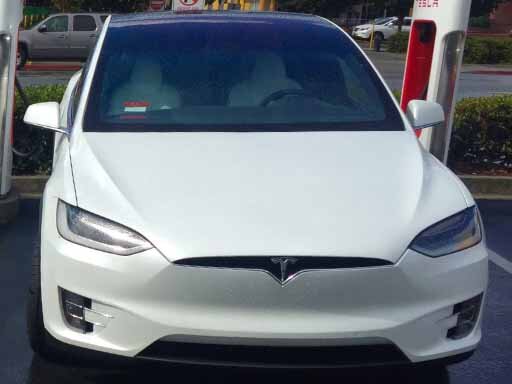 History of The Model 3

Model 3 was first announced in July 2014 by Tesla CEO Elon Musk on his Twitter account. The car’s business plan however dates back to 2007. Tesla codenamed the car ‘Tesla Bluestar’ in the business plan. They had originally intended that it be named ‘Model E’ upon its production. This was however never to be as a trademark tussle with Ford saw the name dropped and replaced with Model 3.

Tesla Model 3 was first unveiled on 31 March 2016. It would later be availed for sale for the first time in July 2017. Tesla made headlines on the eve of the Model 3 unveiling after over 115,000 persons turned up to make reservations for the car.

Features of The Model 3

Model 3 has very minimalistic features. This is true for both its exterior and interior. Model 3 borrows the shape of its predecessor Model S but is smaller and trimmer. It also lacks a front grille, reason being that it requires very little cooling if any. The car’s body is made of high grade metal with provision for an optional glass roof.

Tesla has a sleek but minimal interior in its latest ride. There’s a small dashboard with a modern LCD touchscreen at the center. This houses state of the art infotainment features. The dashboard is complimented with equally posh seats and upholstery. Tesla wants Model 3 to successfully compete the likes of BMW 3 series, Mercedes-Benz C-Class, and Audi A4. It has therefore tried to ensure the car’s interior is as classy as these other cars and even better.

Tesla has also placed a lot of focus on the new car’s safety features. Tesla wants the car to always have a five star safety rating in its category.

The standard Model 3 has a rear wheel drivetrain. It cruises on a 50 kWh battery which can deliver a range of up to 226 miles. The car also has a 258 hp, 317 pound feet electric motor. It’s reportedly capable of accelerating at a rate of.6 seconds 0-60 mph time.