A good highway infrastructure is absolutely critical for a country to develop properly; every industrialized country displays a well-established and efficient highway web, as it will connect the main productive areas and improve the nation´s internal market. Here I-10 is a result of that great system. 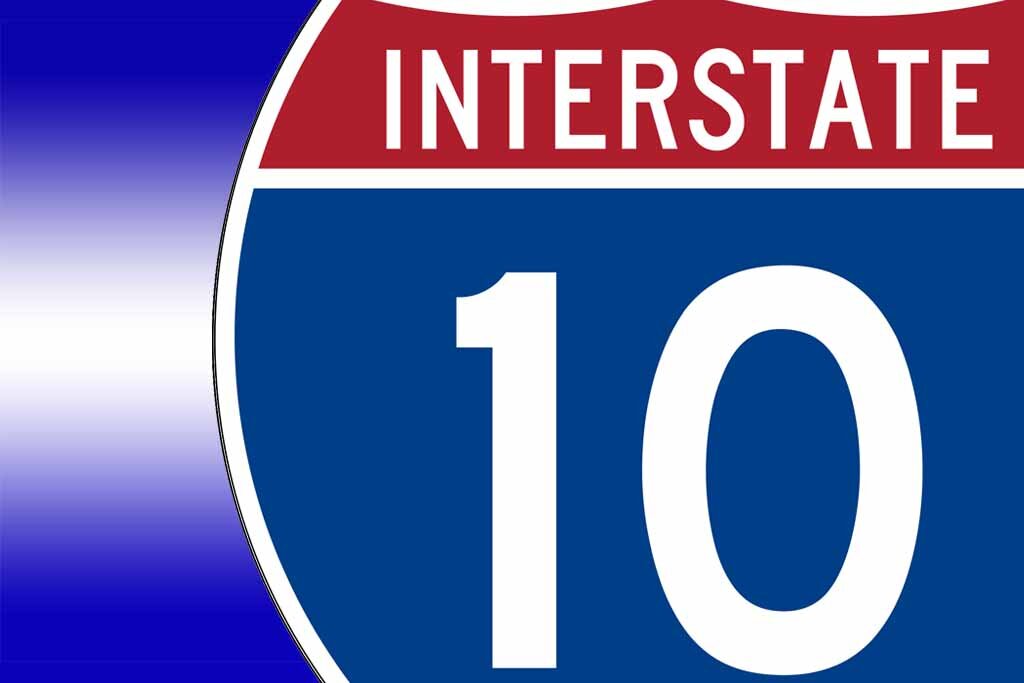 An intelligently designed highway system can optimize the routes to deliver imported goods and to take exportable commodities to the main ports and exporting routes to take those requested goods overseas and protect national productive economy by doing so. The quality of the U.S. highway system reveals a lot about how much vehicles are a part our lives. Interstate 10 can be driven all the way from California to the Florida panhandle. It’s a truly well made highway that connects people and of course the transport of cars, merchandise, and more. Interstate 10 is historic and immortalized in pictures of California. It will take your right to Santa Monica where you can see the ocean.

US president Dwight Eisenhower promulgated the Federal-Aid Highway act of 1956 that initiated the construction of a 41,000 mile National Interstate highway system that became one of the most modern and efficient of the world. This was key to the US rise of the second half of the twentieth century, making it, the most powerful Empire known to humanity so far. We have to mention the designation of these highways that may include 1 or 2 digits. The ones with odd designation numbers run north and south and the ones with even numbers run west and East. This system can be considered a world wonder and reassures US dominance in the world even though its productive dynamics have changed importantly since Eisenhower´s Federal Act in 1956. In fact, it was by that legislative act that the Interstate 10, the highway we are going to focus in, in this article was approved to be built.

The transcontinental Interstate 10 serves the southern area of the US and functions as the main link between the south western area of Santa Monica and the desert and the Eastern side of Jacksonville. Along with Interstates 80 and 90 (The longest one in the country) is one of the three coast-to-coast Interstate highways in America. It covers from the Pacific Ocean in Santa Monica, California to I-95, in Jacksonville, state of Florida, to be accurate. One third of its path is located in the state of Texas so it has played a major role in the development of the oil industry due to the mobility opportunities it inaugurated. This fast and furious highway counts on a variety of names according to the portion of it you are referring to. Thereby, from Santa Monicato East Los Angeles Interchange, it is known as the Santa Monica Highway which is called Rosa Parks Freeway, too. That´s how the last segment of the Interstate 10 is frequently called the “San Bernardino Freeway”: it connects the East Los Angeles Interchange with the city of San Bernardino. It has been also called “Cristopher Columbus Transcontinental Highway”.

The interstate 10 is known for going through Florida, Alabama, Mississippi, Louisiana, Texas, New Mexico, Arizona and California and is a Blue Star Memorial Highway, which means that is marked to pay tribute to the American soldiers dead during the second world war fighting the German-Italian and Japanese coalition. It´s interesting to know how the American public has interacted so much with the freeway that they have changed some segment´s name to honor public figures, such as the “Sonny Bono Memorial Freeway” in Palm Springs. In Indio city, in Riverside County, California, the Interstate 10 got the name of the Doctor June McCarroll Memorial Freeway.

In California, I-10 leaves the metropolitan area of Los Angeles about 70 miles east Downtown Los Angeles. After the Narrow San Gorgonio pass, the landscape is dominated by desert. Going West, I-10 takes us to mayor California cities such as Palm Springs, Blythe and Indio.

I-10 continues to guide us through the southern area of the US, now entering Arizona. There we can mention some fast growing cities such as Phoenix. Being a Blue Star Memorial Highway, the portion crossing Arizona is marked to be the Pearl Harbor Memorial Highway. In the portion of it that goes nearest to Phoenix it is called the “Papago Freeway” and joins to the Phoenix Metropolitan Highway system.

In its way through New Mexico, I-10 touches three cities of considerable importance to the state: Lordsburg, Deming and Las Cruces. Most of the Interstate 10 portion in New Mexico from exit 24 and exit 135 is parallel to the US Route 70. Edging the Mexican Border at El Paso, I-10 gets into Western Texas and crosses a big portion of vast deserts. Its only when it gets to San Antonio that it leaves behind this rural desert characteristic landscape when its passing near to the Alamo city and heads to Houston.

When I-10 heads to southern Louisiana, the Landscape that accompanies the Transcontinental Freeway, changes dramatically into a humid ecosystem full of lakes and swamps. In Alabama and Mississippi some new project have expanded the highway´s lanes from four to six (In Mississippi, for instance as it was a fast-growing region). In Florida, the 1-10 has been modified quite a few times since the 60’s decade, and recently, between 2002 and 2008 the lanes were expanded from 4 to six in between US 29 (Exits 10A-B) and Florida 291 (Exit 13). It’s impossible to diminish this free way´s importance in American History. It covers a wonderful variety of American Landscapes and has been able to enhance commercial and cultural relation among states, building a stronger sense of national identity, plausible in how easy transportation can become due to this sort of projects.