The Ford Economy Van, also known as Ford E-Series Van were introduced in 1961. Its major competition was the Mercedes Benz Sprinter, the Freightliner Sprinter, the GMC Savana, the Dodge Sprinter, and Chevrolet Express. These line of vans were large, durable, high performing and manufactured mainly for heavy commercial use, passenger and cargo transportation.

Since the 1980s, Ford E-Series Vans have occupied number one position in the American market. The earlier E-Series were compact with a spacious interior for cargo and passenger transportation. 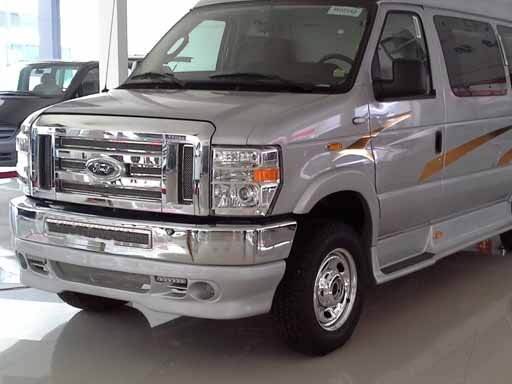 It had a similar design with the Ford Falcon. The Econoline vans had its engines at the rear, a flat nose, eight passenger seats and offered a towing capacity of ten thousand pounds. Two engines were available – a 4. 6l v8 engine for driving passenger and cargo, and a 6.8l v10engine for towing heavy stuff.

The Ford E-Series Van had a heavier front resembling that of a truck and included models like Econoline Camper Version and Falcon. The heavier front could be balanced with a 75kg weight fitted at the back of the wheel.

Through the years, the E-Series has had major changes and redesign- both inside and outside offering a more comfortable appeal.