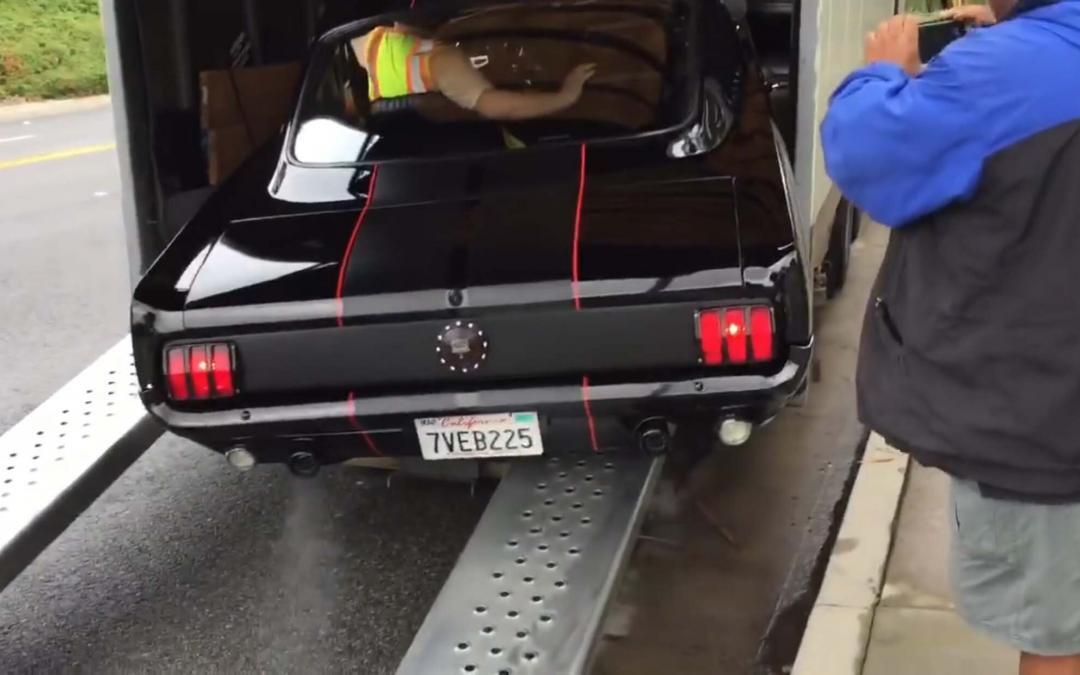 Most would like to think that moving a car of this caliber would be a job given to only the elite. A carrier that knows how to move a $10,000 project car or a $100,000 show vehicle. But picking the wrong company, one that doesn’t screen carriers or sells services to the lowest bidder, often leads to disaster.

Here we have a beautifully built Mustang Fastback. Show paint, the works. This is the video that made the buyer shell out his hard earned cash to get this Mustang.

And here’s the carrier loading it up and, well, see he drops it!

To make matters worse, the new owner Gregory Blaisdell said on his video post comments that the trucker actually admitted he’d dropped a car off the rails in the past. That is insane. How does he still have a job there?

So, you would pretty much think nothing else could go wrong, however the car is also missing. That’s right. The carrier has not delivered the vehicle and it’s being considered stolen.

Moral of this story? Select your carrier carefully. Always use a trusted company that screens carriers.